The Fault In Our Code: Debugging Methods For Every Stage

The Fault In Our Code: Debugging Methods For Every Stage 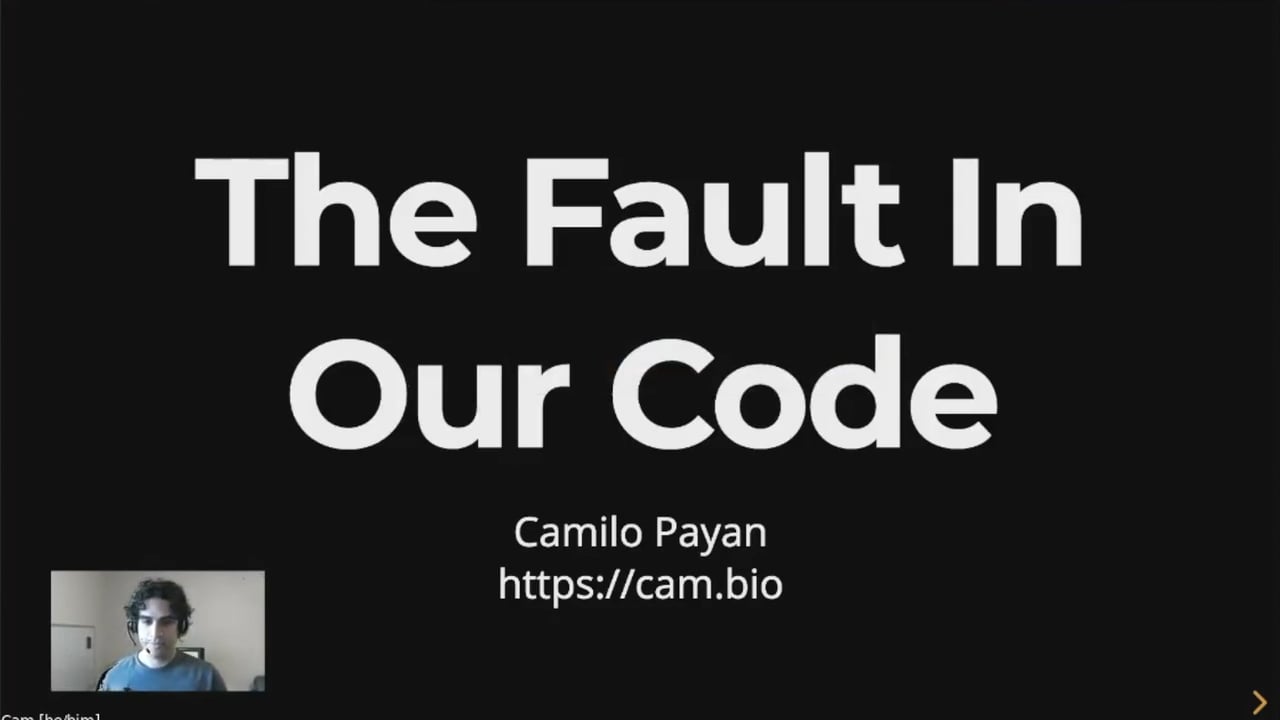 Bugs happen, and when they do, developers need to be ready to remove those bugs. When th pressure’s on, it’s important for every developer to have simple rules to apply to fix any bug in any circumstance. In this talk, we’ll walk through debugging a program using repeatable methods, from the basic knowledge you need to debug your application, the tools you’ll use to observe your system, to the proper way to find the cause of your bug. In the end you’ll be able to fix any bug, and have rules that can be used to train other developers on your team.

About Camilo Payan
Camilo rose from the swamps of South Florida, where he taught the alligators PHP and Vim. He traveled the Sahara with the Tuaregs of Morocco, and found the SOLID design principles etched into glass beneath the sands. He then moved from Miami to Chattanooga, to teach what he could, and receive the wisdom of the ascetic programmers of Appalachia. Returned to his home, he now maintains a code garden in the algorithmic center of the Everglades. Whether or not Camilo received a Computer Science degree from Florida International University remains a hotly contested debate among his biographers, critics, and acolytes.
Tags: debugging